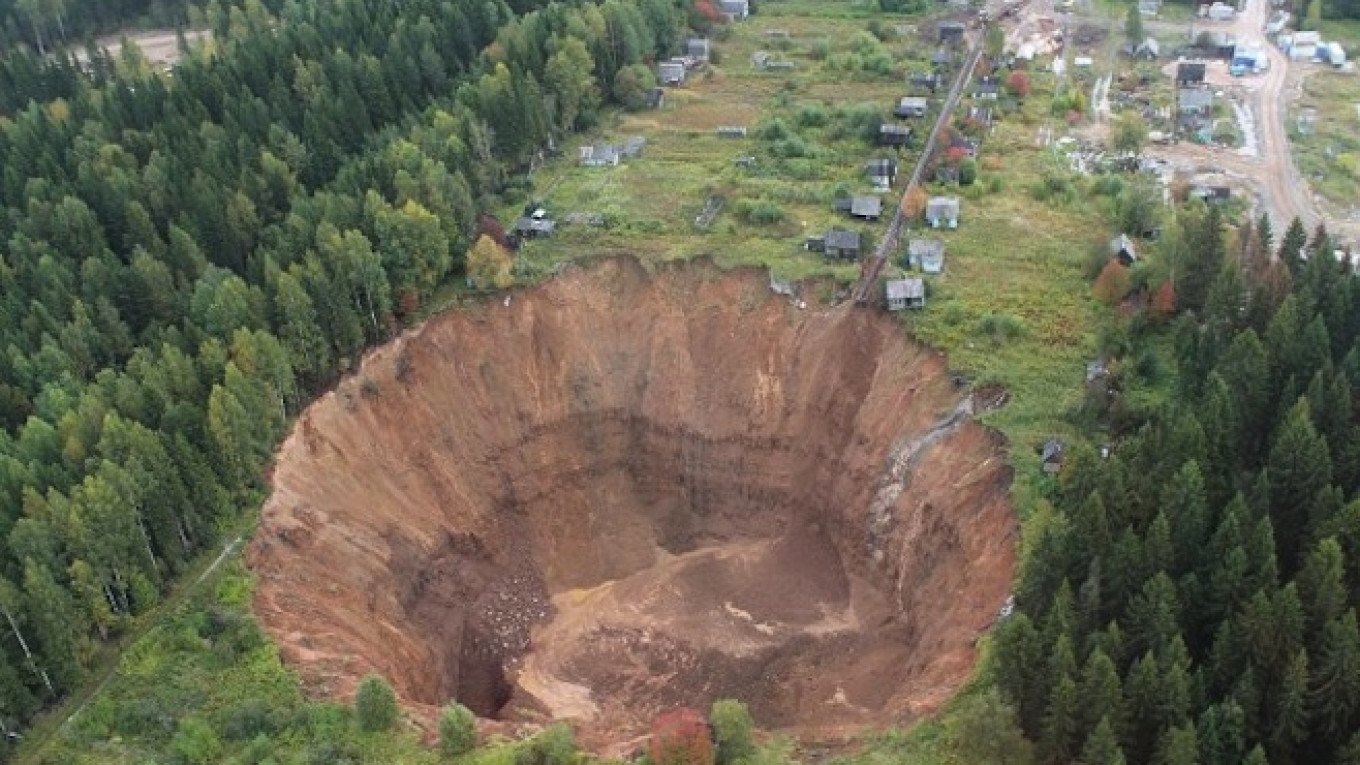 “You have gone too far! For all in the congregation are holy, every one of them, and the Lord is among them. Why then do you exalt yourselves above the assembly of the Lord?”(Numeri 16:3b, ESV)

In the previous parashah Shelach, I mentioned that the Torah and Judaism are primarily focused on the auditory (hearing/listening). Indeed, within the Torah, making objects/people/things visual leads to sin nine times out of ten. For example, I showed in parashah Tetzaveh that were in Genesis a robe/cloak that is a key element of the story, it is accompanied by the sin of deception or betrayal.

In parashah Shelach we saw that YHWH commanded the making of the tzitzit. These memorial tassels at the end of the four edges of the cloth were to ensure that the Israelite was reminded of the commandments of YHWH, to prevent that them from making the same mistake as the ten spies.

Unfortunately, the visualization of remembering the commandment of YHWH through the memorial tassels, the tzitzit, created yet another problem, namely, Korah’s rebellion.

A garment of twofold fabric

Let us go see what connection there is to the tzitzit and the rebellion of Korah. To find out, we need to go back to the Bible book of Leviticus. In Leviticus 19:19 we read of the following law:

We also encounter this ordinance again in Deuteronomy 22:11, but in a somewhat more detailed way.

The regular Israelite was not allowed to wear clothing made of two different fabrics (wool and linen). I say explicitly the regular Israelite. An exception was made for certain Israelites. These were the priests and the high priest. In Exodus 28:4b-6 we read:

By wearing these ‘holy’ clothes it was made clear that the priests and high priest were sanctified for YHWH alone. That they were set apart for (the service of) YHWH. They could do service in the tabernacle. In addition, the priests were allowed to enter the Holy Place and the high priest was permitted to enter the holy of Holies once a year.

The reason for the rebellion

The reason for the rebellion of Korah, Dathan and Abiram en On along with 250 other men from among the Israelites seems to be because of dissatisfaction with their tasks as Levites. Therefore, they also wanted to aspire the priesthood. Indeed, in Numbers 16:8-10 Moses says to Korah:

But when we look at Korah’s reason, it does not seem to be his dissatisfaction with his duties as Levite. In Numbers 16:3 we read:

In other words, so Korah is saying; Moses and Aaron why should you be the only ones permitted to come in such a close relationship with YHWH, when all the people are sanctified in YHWH’s eyes? So everyone is equal. Then why do you exalt yourselves above us?

Does Korah have a point?

Is this self pride on Korah’s part? Or does he have a point here? Earlier, after all, YHWH has said:

With this command, it was no longer only the priests and the high priest who were allowed to wear clothing of two different fabrics, but also the regular people. So, Korah’s thought was, what do you, Moses and Aaron, have over us, the regular people? Now that it is clear on two points that the regular people also belong to YHWH?

As the serpent in the garden of Eden

This may sound very noble of Korah by indicating that all the people of Israel are sanctified by YHWH, but there is something about the serpent in the garden of Eden that echoes through it. “Did God actually say, ‘You shall not eat of any tree in the garden’?”.3 With this question the serpent knew how to shift the attention of the woman to just that one tree, namely, the tree of knowledge of good and evil.

Also, with the comment of Korah, Korah was trying to shift attention that the position of Moses and Aaron (with his sons) was not as special as they presented themselves to be. Moses’ response in Numbers 16:8-10 shows that he was onto Korah that he was out to take over the priesthood.

With the rebellion, Korah undermined not only the authority of Moses and Aaron, but also of YHWH Himself. For although with the command of the tzitzit the Israelites were permitted to wear a garment made of two different fabrics, this did not yet make the Israelites priests of high priests who could serve in the tabernacle.

One and one is not always two

Yes, as seen from the surrounding nations, YHWH asked the people of Israel to act as priests. For this, the commandment had been given by YHWH that they should not make a garment from two different fabrics (wool and linen). But neither should they mate two different kinds of cattle, sow the field with two kinds of seed, or plough with an ox and ass together.4 In this way, the people of Israel were constantly reminded that YHWH had sanctified (set apart) them and they were not to mingle with the nations around them.

The command of the tzitzit did not make the other commandment, not to wear a garment made of two different fabrics, null and void. Nor did the commandment of the tzitzit eliminate the difference in position between the Israelite and the priests and high priest. For the garments worn by the priests and high priest were different garments than the tallit!

In other words, no matter how much there are similarities between certain commandments, laws or ordinances, this does not mean that certain laws become redundant, contradictory or equal to each other. But people who want to do evil or who have a ‘hidden agenda’, are able to bring it about in such a way that it seems as if there will be a discrepancy. So a spirit of discernment is very important. And fortunately, Moses had that s/Spirit received from YHWH.

Especially in our present time/society it is important as believers to have and to receive such a s/Spirit in order to be able to discern whether something is from God or the devil. It is also one of the gifts of the Holy Spirit (see 1 Corinthians 12:10). For even now there are persons, with a spirit of Korah5 within God’s community, who speaks with a forked tongue, trying to tempt the community to sin.

But those who know how to unmask, the spirit of Korah, will save many from sin. And the deceivers, like Korah, will be ‘swallowed up by the earth’. These may be harsh words, but this is what, I believe, the Bible warns us about. Not only in the Old Testament but also in the New.

A ‘spirit of Korah’ in this current post-modern era that is blowing in abundance is; that God is (just and only) Love, that everyone would be equal (in His eyes) and He would make no distinctions (there would be no creation order now). A well-known passage of text that is quoted in this regard is Galatians 3:27-28:

This text portion seems to suggest that everyone should be seen as equal and/or equally grounded. However, this is deception because in its entire context, this text portion says that once we have come to know the Messiah, we should not consider ourselves higher than others.

There is much more to be said here, but the message of parashah Korah is that we must be alert for ‘the spirit of Korah’. Also in our time, or maybe especially in our time. And that we don’t get carried away in this lie, which will eventually lead to the ‘abyss’.

Leo Smits is the founder of the website School of Leo. In his daily life he works as warehouse manager / forklift driver at a garden centre in Aalsmeer. Leo is an autodidact in the discipline of theology/biblical science and is studying for a bachelor's degree in theology at the ETF in Leuven since September 2021. The passion for God's Word is expressed in writing articles from a Jewish / Christian perspective. For years he has been researching the structure of the Gospel of John. 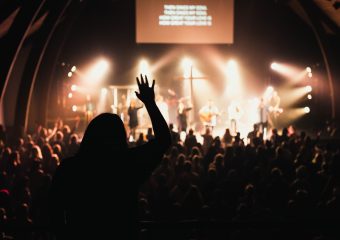 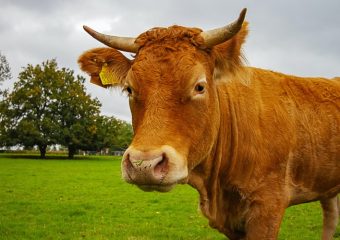 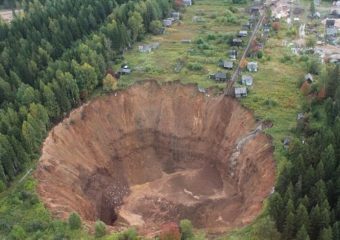