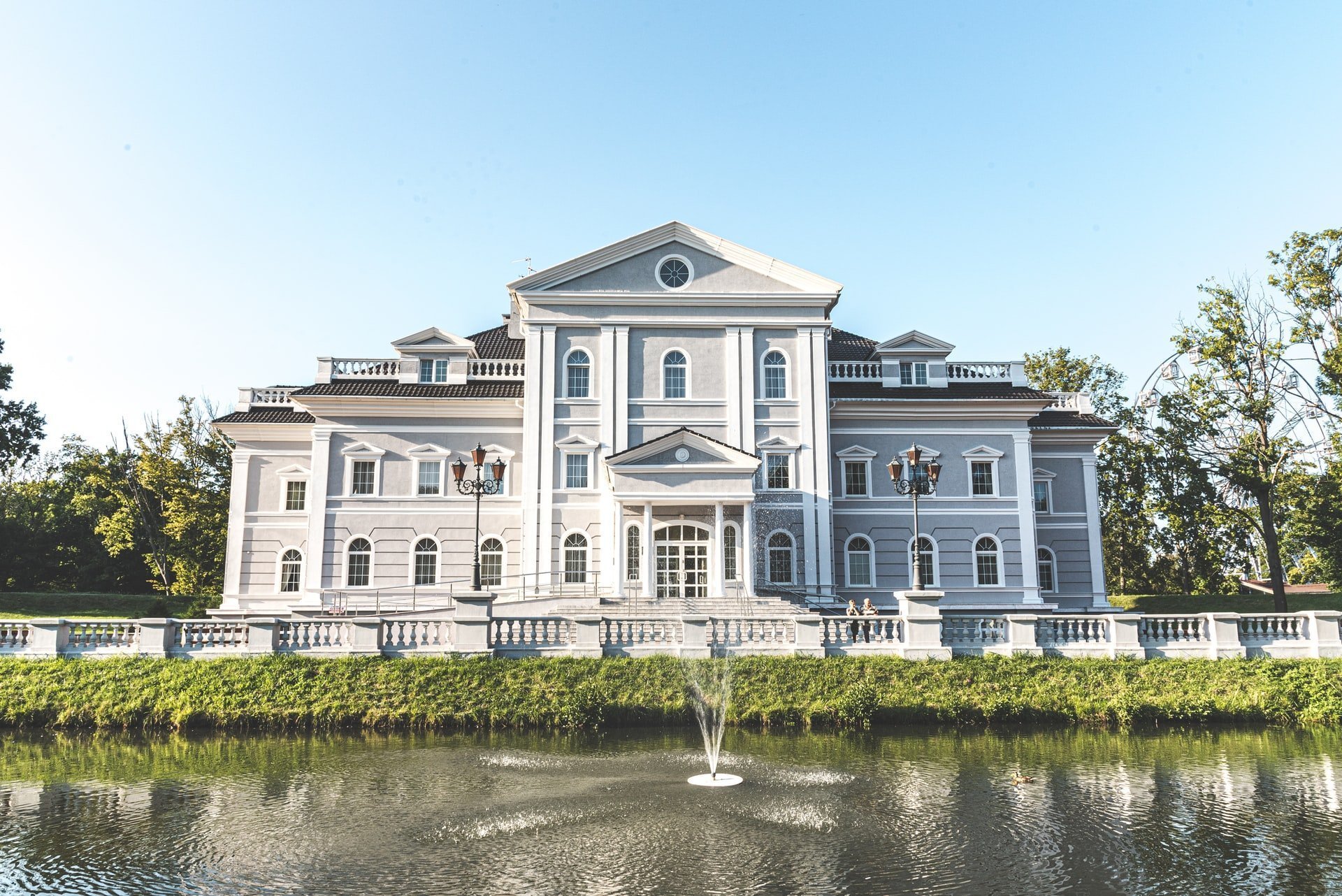 A text often quoted by the defenders of the “Rapture” as proof that Jesus (before, during or after the great tribulation) will take up His congregation is John 14:2-3:

From the whole of the Gospel of John I will show that this part of the Bible (and also the text that is bold) is not about a rapture at all. In fact, when Jesus speaks about the house of my Father, he does not speak so much about the heaven, where the believers would be taken up and brought to this place (teleported).  I will explain why this is the case.

As said, John 14:2-3 can only be understood from the context of the whole Gospel of John. First, it is important to understand what Jesus, within the John Gospel, meant by the concept of the house of my Father. Second, what did Jesus mean by the phrase “when I have gone and have prepared a place for you, I will come again and take you unto me“?

John shows in the prologue of his gospel (John 1:1-18) that the Word which was with God from the beginning has become flesh and has come to dwell among men (the people of Israel) (John 1:14). The Greek word dwelling used here is the word ἐσκήνωσεν (eskēnōsen). In the Septuagint (LXX) the Greek noun σκηνή (skēnē) is used to denote the tabernacle/tent (of congregation). So what John 1:14 actually says is: “…and it has stored His tabernacle/tent among us“. John further makes it clear in the verse (v.14) that the glory was visible in the incarnate Word. John makes a strong allusion to the glory of JHWH, who descended on the tabernacle like a cloud (the Shechinah) in Exodus 40:34-48. So in the prologue John already announces that the glory of JHWH is in the Incarnate Word, and that’s why we can say that the Incarnate Word is the tabernacle/temple of JHWH. And since The Incarnate Word is the only begotten Son of Father, the author of the John Gospel indirectly says that ‘The Incarnate Word’ is also ‘my Father’s house’.

Now let us look further within the gospel where the concept of the house of my Father is used. We then come to the history that Jesus, in John 2:13-16, with the Passover in the Temple in Jerusalem, knocks over all the tables of the merchants and money changers, exclaiming, “Take all this away from here, do not make my Father’s house a selling house.”

We see here that for Jesus the temple is his Father’s house. But Jesus makes it clear in the same history that He Himself (or His body) is the temple (John 2:19-22). Although Jesus speaks indirectly about this in verse 19 (Break down this temple, and within three days I will resurrect him), it is the writer of the John Gospel who makes it clear that Jesus is talking about his own body, which will be broken down at his death on the cross and resurrected after three days. So what Jesus is doing here is to identify Himself (or His body) with the building of the temple. This doesn’t only mean that Jesus was solely the temple, but that in Him lived also the glory (the Shechinah) of JHWH.

The second time we come across the concept of ‘the house of My Father’ is in John 14:2, the text used by the followers of ‘the recording’. The question is, after the above explanation of what the author of the John Gospel meant by this term, can the term “the house of My Fathers” still mean heaven? In my opinion, this is impossible. What Jesus actually says here in John 14:2-3 is that Jesus will prepare a place for His disciples “in His body” (which is the temple and therefore the house of His Father). He will do this by tearing down this temple (to die on the cross) to resurrect after three days. Through this deed, Jesus made it possible to prepare many dwellings. In other words, through this deed, Jesus has made it possible for us to be taken up “into His Body” (the body of Christ) and participate in the glory of JHWH, through the Holy Spirit. This is the reason why the author of the Gospel of John in John 20:22 makes Easter and Pentecost fall on one day. For we read that Jesus blows upon his disciples and says to them, “Receive the Holy Spirit”.

Another evidence that with the house My Fathers, the body of Jesus is meant is that for the word (many) dwellings, the unusual Greek word μονή (monē) is used. It is only used twice in the gospel of John: in verse 2 and 23. The word is related to his verbal relative μενω (menō), which is used in chapter 15 and means to remain.

Both in John 14:23 and the use of the verb in chapter 15 point to the present experience of believers in God’s presence. Seen in its context, it cannot be otherwise that “dwellings” in John 14:2 refer to this.

2. the phrase ‘when I have gone and prepared your place, I will come again and take you unto me’.

Also point 2 can only be properly explained and understood from the context of the whole Gospel of John. For in the gospel Jesus speaks in a paradoxical way about his dying. In the conversation with Nicodemus Jesus speaks for the first time about his dying. Jesus uses the history of the people of Israel and Moses, where Moses had to hold up a (copper) snake on a rod that would bring healing for the people if they were bitten by snakes. Just as the (copper) serpent was exalted, the Son of man (Jesus) will also be exalted. Jesus uses the term exalted several times to refer to his death. When we use the term exalted, we often think of something positive. Being exalted is about the same thing that someone gets a good position, receives the honour that is due to him. But Jesus uses the term here to announce his death on the cross.

Below are the texts in which Jesus speaks about His exaltation.

Now that we know this, we go back to the main text of John 14:2-3 and especially the phrase “when I have gone and prepared your place, I will come again and take you unto me“.

When Jesus says here when I am gone, he is referring to his dying. Through his dying, Jesus makes it possible for the Holy Spirit to come to his disciples (John 16:7). This gives them access to the place that is prepared for them in His Father’s house. In John 20:22 we actually saw that after His resurrection, Jesus returned to His disciples and took them to Himself by blowing upon them the Holy Spirit. So John 14:2-3 is symbolic language to tell the disciples that His disciples will share in eternal life after Jesus’ death and resurrection. And to participate in eternal life is to become a partaker of “the body of Christ”.

The house of the Father could also be the heavenly temple, where Jesus shed His blood, as we can read in the Hebrew letter.

And even if this were the case, within the context of the Gospel of John, John 14:2-3 does not speak of the rapture of the church. Indeed, within the context it is clearly indicated that Jesus, after his passing (death on the cross), will return (after three days) to take his disciples to Himself (through the Holy Spirit), so that they too may be where He (“Jesus”) is (because the Father and Jesus has now made dwelling place in them).

'The Christianity' has lost 'the way' 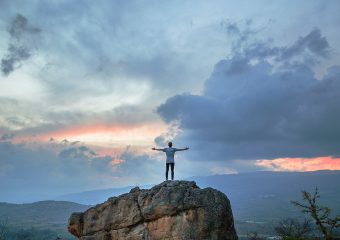 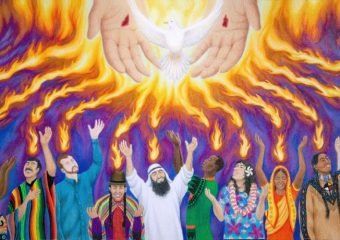